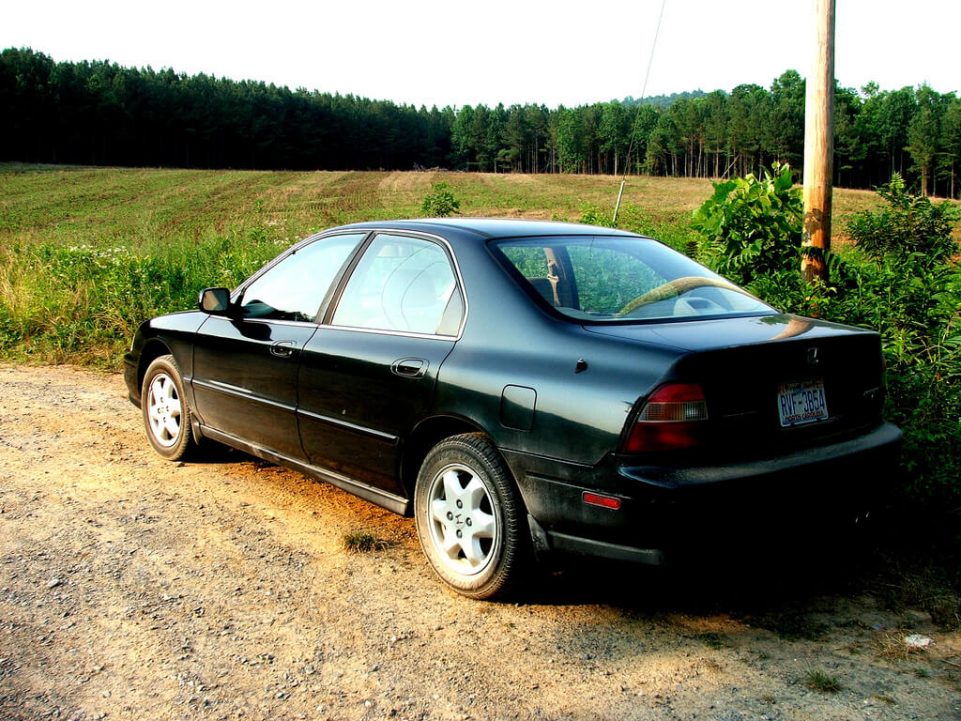 Each year, more than 700,000 vehicles are stolen nationwide. That's a rate of about 229 vehicles stolen per 100,000 inhabitants, and more than $4.3 billion in losses nationwide due to motor vehicle thefts.

These statistics are tough to hear, but there's good news: vehicle theft has decreased significantly since its peak in 1991. Vehicle thefts reached an all time high of 1,661,738 in 1991, but in 2003, it was down to 699,594. That means today, thanks to better vehicle security and anti theft measures, fewer vehicles are being stolen, so drivers can rest a little easier knowing that cars are safer than they once were.

Unfortunately, hundreds of thousands of vehicles are still stolen each year. And for a number of reasons, some vehicles are simply more popular than others. Is your car on this list? Be careful stay on extra alert for car thieves.

According to the National Insurance Crime Bureau, these vehicles are "Hot Wheels," the most stolen vehicle models in the United States. The report examined law enforcement vehicle theft data to determine the vehicle makes, models, and model years most reported stolen for the year. These made the Hot Wheels top 10:

What do all of these numbers mean? The bottom line is if you're driving a Honda Accord in San Francisco or really, anywhere in California, it's a good idea to step up your security because the odds are not on your side. But we can learn more from the National Insurance Crime Bureau's data.

How Thieves Choose Cars to Steal

In some cases, the reason a vehicle is stolen so often is simply because it's a popular model: there are so many vehicles in that model on the road that they are stolen at a higher rate than other less popular cars. This is certainly true for Honda and Toyota models as well as pickup trucks. They're simply best selling vehicles, and their prevalence on the road makes them a popular pick for thieves as well, who know that they can get top dollar for their popular parts.

It's for this same reason that some vehicles aren't really a target for car thieves. Unpopular models like the Toyota Matrix aren't often stolen simply because there aren't so many of them -- and there's very little demand for the parts or the car as a whole. Often, discontinued models will no longer be targeted by thieves.

Other vehicles get a pass because of where they are located. Newer vehicles that spend most of their time in suburban garages aren't very easy to get to. Car thieves are more likely to move on to easier targets that are parked on the street or in parking garages.

If you're driving an older vehicle, don't think you can rest easy. While common sense might suggest that a thief would go after a more attractive new car, the reality is that older cars are targeted more often with the intention of sending them off to chop shops.

Thieves that steal older cars are typically after parts, planning to strip the car of parts and sell them off one at a time -- a method that often nets more money than selling the car as a whole.

Vehicle manufacturers often reuse parts across different models and model years, so parts from older vehicles may still be good even in newer models. That's why we continue to see vehicles like the 1998 Honda Civic or 1999 Chevrolet Pickup targeted by car thieves.

Older models are even more attractive to car thieves because they typically don't have the anti theft technology of newer ones. A newer model may have updated security measures that older ones don't, and owners of an older model car are less likely to have added an effective aftermarket anti theft device to protect their vehicle.

When newer models are stolen, they may be resold locally with a counterfeit vehicle identification number. Sometimes, they're even shipped overseas. Newer models are often sent to the chop shop as well, as new parts are valuable.

Why California Has The Most Stolen Vehicles in America

Take a look at the Hot Spots list from the National Insurance Crime Bureau, and it's immediately clear the California cars are stolen at an alarming rate. Why does the Golden State have more cars stolen than any other? There are a number of reasons.

California has the most cars, and the most people, in the United States. This makes the state more prone to have the highest amount of car theft.

Another big factor feeding California's higher rate of car thefts is its proximity to Mexico. Being close to the border means that car thieves can easily get stolen vehicles or parts out of the country and get money into their pockets.

And unfortunately, California's great weather gives cars a longer lifespan. Vehicles that might not last very long in areas with blistering heat or tough winters can live out their days in California's mild weather. And as car thieves love to target older cars with valuable parts, they can find a goldmine of well preserved older models in California.

What does all of this information mean for you? For one, it means that anywhere you are and no matter what vehicle you drive, your car can be a target for theft, so you should always take basic precautions including locking your doors, closing your windows, and removing your keys from your vehicle at all times. And if you drive a vehicle on the Hot Wheels list or live in a Hot Spots area, you should remain on high alert for your car, installing effective anti theft measures and maintaining vigilance against car thieves.