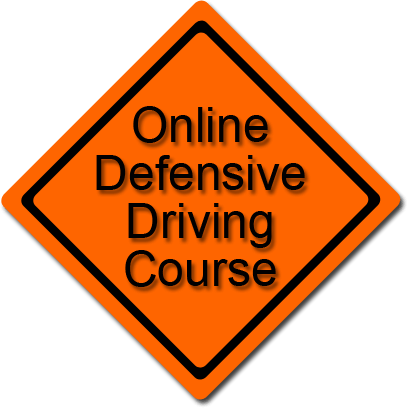 While each of these brands is ranked by quality, you should know that all of these will fit the bill when it comes to dismissing your ticket.  Everyone has to follow the same rules on curriculum when getting approved by their governing state. There are only so many ways you can make a different course on the same material.

There are different names for Defensive Driving and they vary by region.  In Michigan, Missouri, and Virginia you may want to search for “Driver Improvement.”  In California, Nevada, Oregon, Idaho, Florida, Kentucky, New Hampshire, Tennessee, and Wisconsin you will likely want to search for “Traffic School.”  In every other state “Defensive Driving” is the mainly used term.

Some courses claim to be funny and coin themselves as “Improv” or “comedy” based defensive driving.  We want to make one thing clear: there is no such thing as a fun defensive driving course. Buckle down, spend the hours online, and get yourself out of this situation.  Here’s who we trust.

IDriveSafely is one of the oldest defensive driving brands in the business.  It has specialized in online courses since 1998. At over 20 years old, IDriveSafely is one of the first organizations to have offered a state accredited education tool via a web browser.  That type of history cannot be matched in the space. The consistency of IDS along with the number of courses they offer are what make it #1 on our list.

I Drive Safely started with only defensive driving courses.  Over time the website evolved to what it is now. With Mature Drivers Ed, Teen Drivers Ed, Defensive Driving, Ticket Dismissal, and DMV practice tests, this has become one of the largest companies in the United States that no one knows about.  It has over 35 different state approvals for defensive driving and continues to grow its offering each year.

IDriveSafely.com has an A+ rating with the Better Business Bureau (BBB).  Their customer service is American based and can be found in Carlsbad, California.  They’ve now educated over 5,000,000 students. With the most courses on the web, we highly recommend you become their next one.  Check with their site to see if your state’s course is approved!

We're not the only ones who like this site.  DriversEd.com reviews are frequently positive.  While primarily known for Drivers Education courses, DriversEd.com is another company that has been making defensive driving courses online as long as they have been legal and approved by states.  They were founded in 1997 and are also based in California. With offices in Oakland, DriversEd recently expanded. They now have several stories of staffed employees in the Silicon Valley Area. Access to such a technology hotbed has kept the company at the top of most lists when it comes to online education.  While Defensive Driving is not the company's primary focus, it is still a very viable solution for drivers looking for ticket dismissal options.

The defensive driving courses at DriversEd are quality.  They have a solid layout and are visually appealing. At least you’ll be learning your new Defensive Driving techniques from something that looks professional and current day.  That’s more than most can say. From a user experience perspective, DriversEd.com has a very popular app for both IPhone and Android. Like many companies, DriversEd has had to transition from just offering their course on a web browser.  They’ve done much better than most of their competitors when it comes to mobile experience.

DriversEd doesn’t have as many states approved as I Drive Safely does.  Michigan, Arizona, and Texas are DriversEd.com’s top state course offerings.  Check with their site to see if your state’s course is approved!

We all love going to the improv.  Laughter and comedy are essentials in our lives.  MyImprov.com was created by the same people who built the famous chain of Improv Comedy Clubs.  As history tells it, some Hollywood superstar figures in comedy became instructors of defensive driving.  They were looking to make the process more enjoyable and fun. They started in physical classrooms. Later they became one of the leaders in Online Defensive Driving.

While we don’t think it’s the funniest thing in the world, it is better than most courses.  That’s why MyImprov ranks #3 on our list. It is chock full of fun pictures, animations, and jokes.  If you don’t laugh at the course, you know you’ll laugh at some point after. The course gives all users that take it 2 free tickets to an Improv comedy show.

Like IDriveSafely and DriversEd.com, MyImprov has an A+ Rating with the BBB.  In addition to traffic school, MyImrov offers fleet training, teen drivers ed, and DMV practice tests.  The most popular defensive driving courses for MyImprov are California, Florida, Indiana, Texas, New York, Kentucky, and Arizona.  Check with their site to see if your state’s course is approved!

We really like the look and feel of ApprovedCourse.  Unlike some of the other brands on this list, Approved Course aggregates information on ALL approved courses in the United States.  That means that it doesn’t just focus on Defensive Driving, but everything else. You should trust the content that you read over there.  It’s detailed, enjoyable, and easy to retain. The site has all sorts of information that will add value to your life. It also has an Approved Defensive Driving course in the states of Texas and California.

While Approved Course hasn’t achieved notoriety in the space like some of its competitors. It is one of the lesser known brands in the space.  That doesn’t mean you shouldn’t trust it. ApprovedCourse.com has been around since 2012 making it a newer company. It shows. The ApprovedCourse offering is one of the most technologically advanced in the country.  Check with their site to see if your state’s course is approved! Don’t forget to check out their really helpful Online Real Estate Training section too!

Aceable hasn’t been around all that long.  In the short time it has been around, it has changed the way online education is done.  The company hasn’t had the time to get the state approvals that some others have on this list.  That is the only reason it ranks #5. From a quality perspective, Aceable defensive driving is top notch.

Aceable really cares about the quality of their courses.  You can see the difference in their implementation when you compare it to other companies that have been running since the late 1990’s.  Because Aceable was founded in 2012, it has had the chance to build differently. The Aceable app has always been the backbone of the course.  It’s where it started. Later it shifted to offering a web experience via a web browser on Aceable.com.

With a completely mobile first experience, Aceable has been able to disrupt a lot of the way things are done.  They’re the first company to ever teach drivers education in 3D via their mobile experience. That means that you can go through a parallel parking experience before you ever get behind the wheel of a car.  The ability to learn in different settings is one of the things that makes their online course offering special.

This company is now on Series B funding.  That’s another thing that separates it from much of the competition out there.  Companies like Sageview Capital and Silverton Partners have invested serious money into the company.  Each manages an impressive corporation list that includes names like WPEngine, Sparefoot, and Favor.

Aceable.com recently launched a Real Estate Training Course offering in the state of Texas.  You can find that offering at AceableAgent.com. Don’t forget to check to see if defensive driving is approved in your state.